From the time KNF was founded, “durability” has been one of the most distinguishing traits of our pumps. We feel a strong sense of pride whenever our customers use adjectives such as: “strong”, “enduring”, and “tough” when describing our products. That said, there are rare occurrences when a KNF pump succumbs to unusually extreme punishment. Not too long ago, a KNF customer, Brian Jarrell, informed us of one such example.

Brian is the Recreation Director at The Lodge and Spa at Three Forks Ranch, a luxury Resort and Spa approximately 40 miles north of Steamboat Springs, Colorado. The sprawling, 50,000-acre resort offers beautiful landscapes, scenic mountain vistas, various year-round activities, and upscale amenities. As part of his duties, Brian is responsible for maintaining ponds and other natural features across the huge property. To that end, many bodies of water around The Lodge, including nearby Godfather Lake, are equipped with solar-powered aeration systems. These aeration systems employ KNF N 828 gas pumps to inject air into the water for improved clarity and quality. When Brian needed help with his system’s pump, he called KNF and told us his wild story of a shaggy saboteur.

One day, while making his usual checks around the property, Brian approached a pond to find that the nearby aeration system was completely silent. As he examined the control box, it became evident that the protective cover had been completely ripped off. According to Brian, a large black bear – 7 feet tall and 450 pounds – had destroyed the cover protecting the aeration system’s electronic components. As bad luck would have it, heavy snow soon fell over the exposed electrical components of the system, short-circuiting one of the two KNF pumps inside.

These circumstances are certainly extraordinary, and even frightening considering that a huge bear was probably lurking nearby while Brian was examining the damage from only a few hours earlier. However, according to Brian, scenarios involving wild animals are nothing unusual in his line of work. “We have had animals destroy our property in the past – problems with elk and bear chewing wires.” Brian calmly elaborated, “They are typically searching for food when they stumble onto a piece of equipment and become very curious. This bear may have been bored and was likely looking for something to do.” Well it certainly appears that this bear found something to do! On the bright side, this was the very first incident involving aeration systems on the property. Prior to the curious and destructive bear, both system and pump were “running just as strong as when they were originally installed” in 2004. 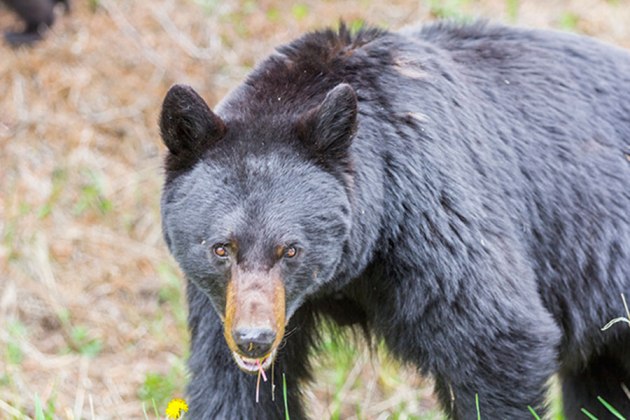 After finding the mauled machine, Brian soon contacted a KNF Technical Sales representative and, after a “painless and easy” conversation, he was on his way to receiving a replacement pump. When asked about the required repairs, Brian seemed almost relieved, “The whole thing was taken care of within a matter of hours. I am very appreciative of KNF”. In fact, he rates his experience with KNF a 10 out of 10. We’re glad to know that Brian’s experience was  positive, and we hope that the local black bear population seeks entertainment elsewhere in the wilds of Colorado.